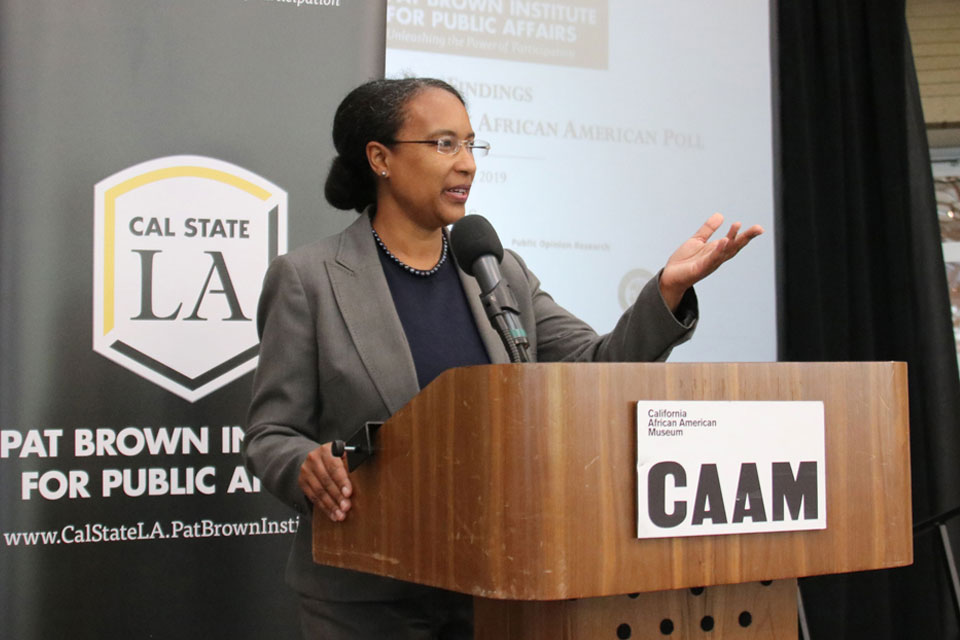 The Pat Brown Institute for Public Affairs at Cal State LA today released a new poll of Black voters in Los Angeles County, a community that will be a major factor in the California presidential primaries in 2020.

The poll of more than 2,300 Black registered voters in Los Angeles County is one of the largest surveys of Black voters in a geographic area. The findings reveal that Black voters are highly engaged in civic affairs, voting and charitable giving, and are decidedly concerned with homelessness, affordable housing and transportation policy issues.

The poll also details Black voters’ disapproval of President Donald Trump and how they are lining up around the Democratic presidential candidates in the run up to the all-important California primary in March 2020.

“We have a tremendous opportunity leading up to the 2020 election to engage people around key issues that they care about, to pull in those people who may not be a part of the process or may not be civically engaged, to ensure that we get robust turnout going forward,” said Shakari Byerly, partner and lead researcher for Los Angeles-based public opinion research firm EVITARUS, which conducted the poll. “It is about participation, it is about having a voice, it is about highlighting and elevating the importance of every community, especially the Black community.”

The findings were announced during a special event at the California African American Museum July 17, less than two weeks before the second round of Democratic presidential primary debates on July 30-31. Guests included elected officials, scholars and community organizers.

“What you are doing is important,” said Los Angeles County Supervisor Mark Ridley-Thomas. “It contributes to the knowledge base, it causes us to have a greater appreciation, it makes it clear that every single voter and the role that he or she plays, ethnically and more broadly demographically, is of consequence.” 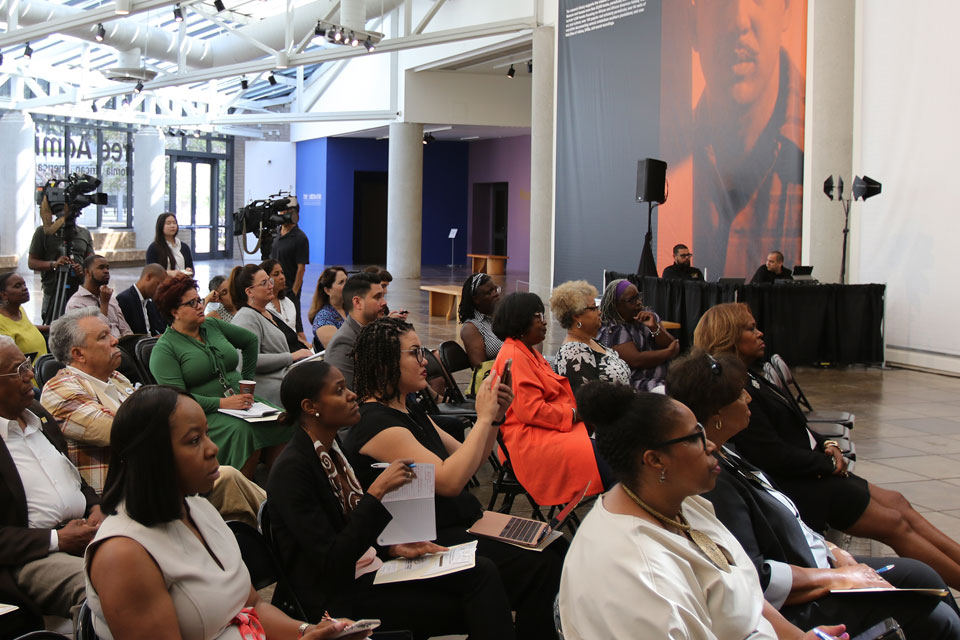 Ridley-Thomas contributed seed money for the poll, which was primarily funded by the James Irvine Foundation and the California Wellness Foundation.

The newly released poll is part of a groundbreaking multiyear PBI project to survey four major racial and ethnic populations in Los Angeles County: the Asian American, Latino, African American, and Jewish communities. The polls of Asian American and Latino voters were released in 2016. The poll of Jewish voters will be conducted this summer and released in September.

“This is a particularly timely and important survey,” said Raphael J. Sonenshein, executive director for the Pat Brown Institute (PBI). “I think it is going to make quite a bit of difference in conversations around town.”

The poll found that an overwhelming majority of Black voters in Los Angeles County hold negative attitudes toward President Donald Trump, with 86% saying they disapprove of the president and 87% saying they would not vote to re-elect him.

On the Democratic side, the findings show that Black voters are lining up around former Vice President Joe Biden and Senator Kamala Harris, with 34% saying they favor Biden and 21% supporting Harris. There were 17% who said they support Senator Bernie Sanders and 11% supported Senator Elizabeth Warren, with no other candidate reaching 10%.

Byerly pointed out that the findings show that Biden does well among stronger partisan Democrats, frequent churchgoers, and older voters, with support from 46% of baby-boomer respondents, but only 20% of millennials. Harris performed well with women and highly educated voters.

Sanders polled particularly well with young Black men as well as those who have negative views of the Los Angeles Police Department. Respondents who identified law enforcement accountability and criminal justice as top policy priorities more often supported Sanders or Warren above Biden or Harris, the findings show.

“While this is a pre-debate poll, I think there are some important trends that are fundamentals that will underlie the base of each of the candidates,” Byerly said.

The findings show that Black voters in Los Angeles County are highly engaged with the political process and their communities. The poll found that 95% believe it is extremely important or very important for Black people to vote in every election, and 90% said voting in elections is very effective in advancing the interests of the Black community.

Charitable giving was also important to respondents, with 77% saying they have given money to a nonprofit or charitable organization. Sixty-nine percent of respondents said they have signed a letter or petition about a social or political issue; and of respondents who are parents, 64% said they attend PTA meetings.

A majority of respondents (60%) said they have experienced discrimination in the greater Los Angeles area in recent years. These instances occurred most often at businesses, retailers or restaurants (38%), in relation to jobs or promotions (31%) or with strangers in public places (18%). Twenty-seven percent cited profiling by law enforcement.

“These situations are daily and countless,” a 29-year-old survey respondent from Carson said.

Poll participants were randomly selected and drawn from Los Angeles County’s voter files and the results were weighted to match the distribution of the African American population in Los Angeles County by gender, age and partisanship.

“This data can have broad ranging implications in terms of the Black electorate and public opinion,” said Boris Ricks, an associate professor of political science at Cal State Northridge. “This survey speaks to the importance of the African American vote.”

“The poll findings provide important insights into the views of a dynamic and diverse community at a critical moment in our nation’s history,” said Jose A. Gomez, Cal State LA executive vice president, chief operating officer and provost. Gomez serves as chair of the PBI Board of Advisers. “At Cal State LA, our mission is engagement, service, and the public good. This event underscores the importance of that mission.”

Visit the PBI website for more information on the poll. 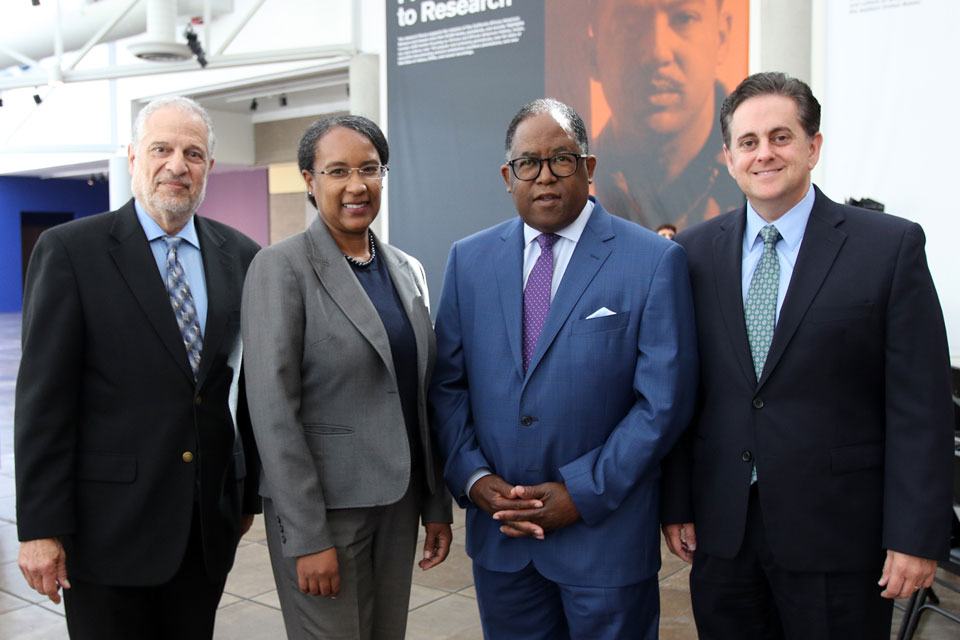 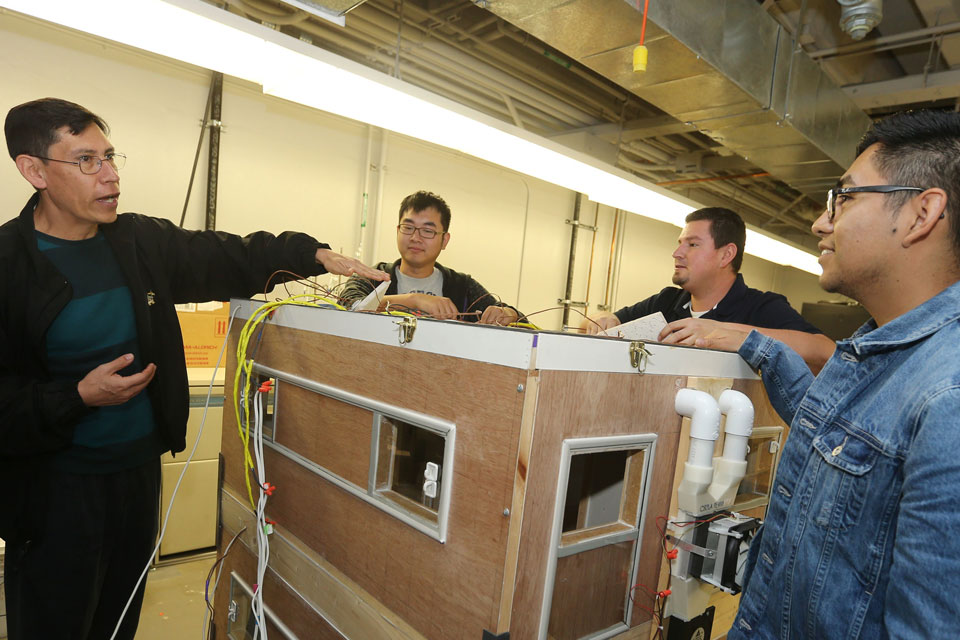 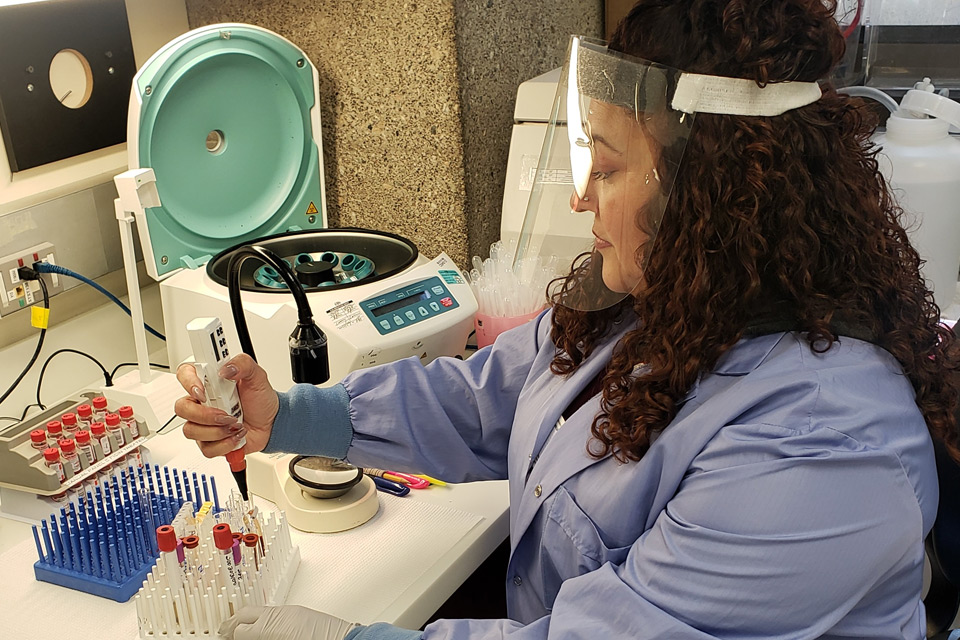