Charmaine Chui hopes to be able to make a difference in the community as a prosecutor whose training in psychology will allow her to have a broader, more comprehensive outlook on future cases against individuals accused of crimes.

“It is very important that those working in the legal system have a greater understanding of the psychological influences that may affect eyewitness testimony in order to be more analytical of a statement that can potentially send an innocent individual to jail,” she said.

The Alhambra resident is one of the youngest graduates in Cal State LA’s Class of 2021.

Chui’s aspiration has always been to pursue a career that would allow her to effect positive change in the lives of others and in the community. Her goal is to bring “justice for people who could not do so for themselves and use prosecutorial discretion for good.”

“As students and future professionals, it is our responsibility to create a better future for the communities around us,” she said.

Chui was 12 years old when she enrolled at the university through the Early Entrance Program. The program, which has accepted highly gifted students as young as 11 years old, is administered by the Honors College.

When she applied to Cal State LA, Chui was yearning for “academic rigor in the company of like-minded peers who similarly enjoyed learning.”

“I had longed to have friends my age who I believed I could fit in with, and the Early Entrance Program was the perfectly balanced fit for me,” she said.

While she originally intended to study clinical psychology, Chui later decided to double major in psychology and criminal justice with an emphasis on forensic psychology. Despite the challenge of a heavier course load, she was excited to be able to combine the knowledge she gained in both academic disciplines.

Chui recalled being intrigued by a poster in King Hall, which is home to most of the university’s psychology labs.

The poster featured a study using a field-simulation paradigm that the Forensic Psychology Lab pioneered. The simulated approach explored situational pressures placed on eyewitness testimony and identification during a mock crime investigation.

“I was fascinated by the field-simulation paradigm … and it was truly eye-opening to learn more about false memories and how the confidence of eyewitnesses could be easily manipulated and altered,” Chui said. “After joining the lab, I gained a deeper understanding of what forensic psychology actually was and, in fact, it was not what was portrayed on [TV].”

For her Honors College senior thesis, she examined the effects of personality on eyewitness performance. She also presented her research findings at the university’s Annual Student Symposium on Research, Scholarship, and Creative Activities.

“Despite being only 14 when she came to work with me, Charmaine fit in well with my lab composed mostly of graduate students,” said Professor Mitchell L. Eisen, who directs the Forensic Psychology Lab in the College of Natural and Social Sciences. “She held her own at every turn and made significant contributions to our research.”

The experience helped Chui delve deeper into how forensic psychology intersects with the legal system by giving her, as she put it, “the opportunity to examine the literature in the field while applying that knowledge to the studies the lab conducted.”

At Cal State LA, Chui was named a Joseph Drown Scholar and received a William Hobson and Evelyn Troup scholarship. She was named to the Dean’s List and was a member of the Phi Kappa Phi honor society and the Alpha Phi Sigma criminal justice honor society.

With a commitment to serving the community, she is a member of the Formosa Association of Student Cultural Ambassadors, an international nonprofit organization that focuses on cultivating leadership skills, developing deeper knowledge of Chinese culture and promoting community service. She also served as a volunteer chair for the Early Entrance Program Club at Cal State LA. She has earned the national gold-level President’s Volunteer Service Award for two years.

Chui has also been a student coordinator for Care Mission USA, a nonprofit organization that feeds the Skid Row population in Los Angeles and provides medical services to impoverished communities in Tijuana, Mexico.

“Volunteering with Care Mission USA was one of the activities that helped me solidify my desire to work as a prosecutor, as many of the people I met discussed how they had negative experiences with the criminal justice system and believed the legal system to actively work against them,” she said.

The real-life experiences and examples from people’s stories helped Chui better understand the topics she was studying in her classes.

“I believe that there’s something unique about understanding the facts and theories introduced in classes through the lens of people who actually lived it,” she added.

As she reflects back on her academic journey, she advises incoming students to “not be afraid of asking their professors for help and critiques on assignments.”

“Most of them are warmer than they might appear to be when trying to facilitate a class of 40-plus people,” said Chui, who acknowledged having to work on strengthening her writing skills and learning effective study habits during her first year at Cal State LA.

She attributes much of her accomplishments to the mentorship and support of Cal State LA faculty members, such as Eisen in the Department of Psychology and Sam Chyau in the Department of Mathematics, as well as Elizabeth Velazquez in the School of Criminal Justice and Criminalistics, part of the Rongxiang Xu College of Health and Human Services, and the countless opportunities provided to her by the university.

“I regularly had opportunities to engage with issues in the wider community, intern at local dependency courts, and had various classes that encouraged students to sit in on court hearings happening around the city or attend civilian oversight committees and other policymaking meetings,” Chui said. “I was also able to meet dedicated, passionate, knowledgeable and supportive professors throughout my undergraduate career.” 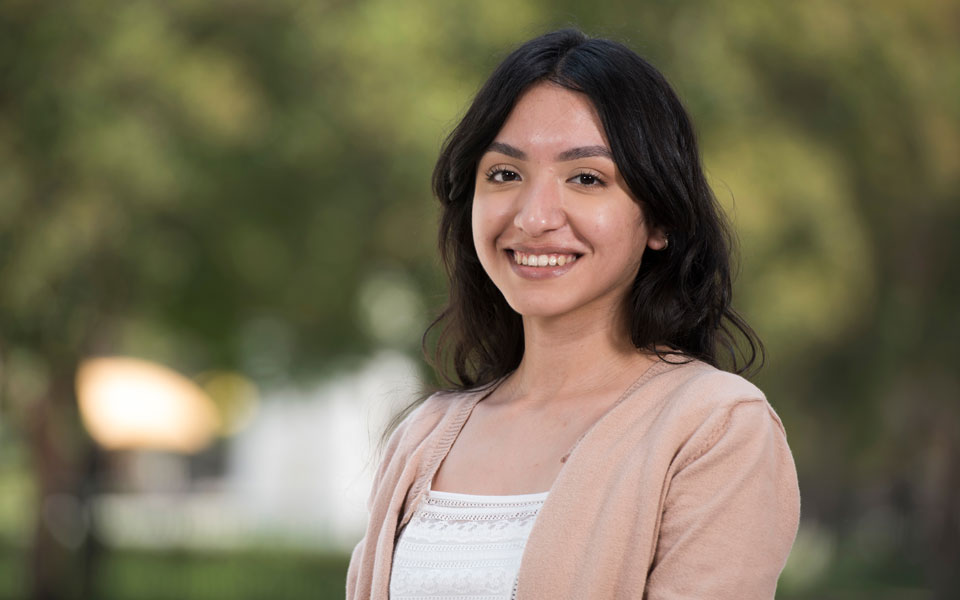