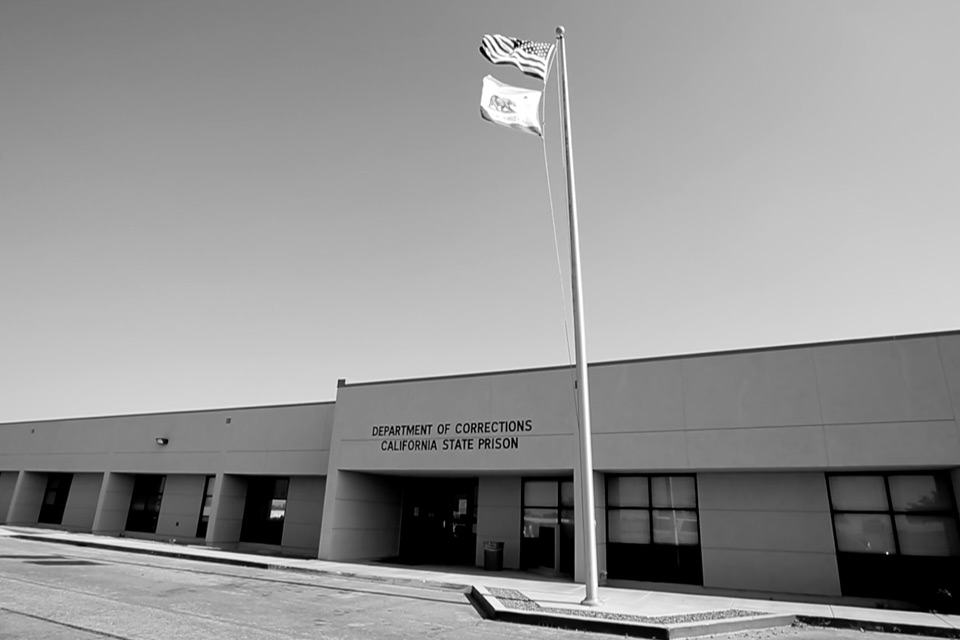 Cal State LA has received a $1 million grant from The Andrew W. Mellon Foundation that will help the university establish the first in-person bachelor’s degree completion program for incarcerated women in California.

The university is partnering with Chaffey College to offer the new prison education program, an expansion of Cal State LA’s Prison B.A. Graduation Initiative, which started as a program for incarcerated men at California State Prison, Los Angeles County in Lancaster.

Incarcerated students at the California Institute for Women in Riverside County will take courses in pursuit of a Bachelor of Arts in Liberal Studies, with an option in interdisciplinary studies in culture and society. Classes are expected to begin in fall 2022.

“Our Prison B.A. Graduation Initiative is a testament to education’s power to transform lives and communities, and we look forward to expanding this important work with our new program for incarcerated women,” said Jose A. Gomez, Cal State LA’s provost and executive vice president.

“We are grateful for the Mellon Foundation’s longstanding investment in our Prison B.A. Graduation Initiative and their continued support as we expand the opportunity to earn bachelor’s degrees to more incarcerated students across the state,” said Taffany Lim, executive director for the Center for Engagement, Service, and the Public Good.

The founding leadership team of the Prison B.A. Graduation Initiative included Gomez, Lim, and Bidhan Chandra Roy, a professor in the Department of English in the College of Arts and Letters. Working in collaboration with the California State Prison in Lancaster and the California Department of Corrections and Rehabilitation, the team created California’s first in-person B.A. completion program for incarcerated students.

Since the program started, 37 students have earned a Bachelor of Arts in Communication, with a focus on organizational communication, through the program in Lancaster. Many of the graduates celebrated their accomplishment with a commencement in 2021, at ceremonies in California State Prison for those who remain incarcerated and onstage at Cal State LA’s campus for those who had been released from prison.

“[The program] has provided hope for those that are in line to receive an education. It’s now a deeper, longer pathway, with more opportunities,” said Brant Choate, director for the Division of Rehabilitative Programs in the California Department of Corrections and Rehabilitation (CDCR). “We’ve heard from the inmate population and officers on that yard—it has changed the culture and made it a safer place for the inmates and the officers to work.”

Prior to completing their degrees, 12 students were released from California State Prison in Lancaster. Eleven of the students were sentenced to life without the possibility of parole and had their sentences commuted by the governor of California. The students completed their studies on Cal State LA’s main campus with support from the university’s Project Rebound program, which assists formerly incarcerated individuals with re-entry and their continued education following their release.

The incarcerated and formerly incarcerated students in the program and their families illustrate the self-transformation spurred by Cal State LA’s Prison B.A. Graduation Initiative. After earning their degrees, five of the program’s graduates have begun graduate programs at Cal State LA in communication studies and counseling, others have started businesses or are giving back to their communities through nonprofit work.

“The degree is transferrable to every part of our lives,” says Clifton Gibson, who was released from prison in 2019 and earned his degree with the Class of 2020. “Having that guidance from the professors and from Cal State LA has been instrumental in not only my transition, but my personal development. It gave me different eyes and perspectives of where I was in life, where I wanted to go and where I’ve been.”

The lessons learned from the program at California State Prison in Lancaster will inform the new program at the California Institute for Women. Made possible by the Mellon Foundation grant, the new program will provide students at the California Institute for Women with the opportunity to complete a bachelor’s degree through in-person courses taught by university faculty. While opportunities for receiving associate degrees have been available, Cal State LA’s expanded program will offer much needed opportunities for incarcerated women to earn bachelor’s degrees.

Since 2005, Cal State LA’s partner Chaffey College has been offering incarcerated women at the California Institute for Women the opportunity to earn associate degrees through the college’s Turning Point program. Every year on average, Chaffey College awards approximately 60 associate degrees to incarcerated women at CIW who until now have not had a pathway to continue on to a bachelor’s degree.

“For years, Chaffey College has been seeking a university partner who shares our commitment to a high-quality, transformative education regardless of the life circumstances of our students,” said Laura L. Hope, associate superintendent for instruction and institutional effectiveness at Chaffey College.

The liberal studies bachelor’s degree program curriculum that will be offered to incarcerated women develops critical thinking, communication, and problem-solving skills while addressing contemporary social justice issues. It prepares students to live in multi-racial communities and work in careers such as education, law, journalism, publishing, government, business, and nonprofit work, among many other fields.