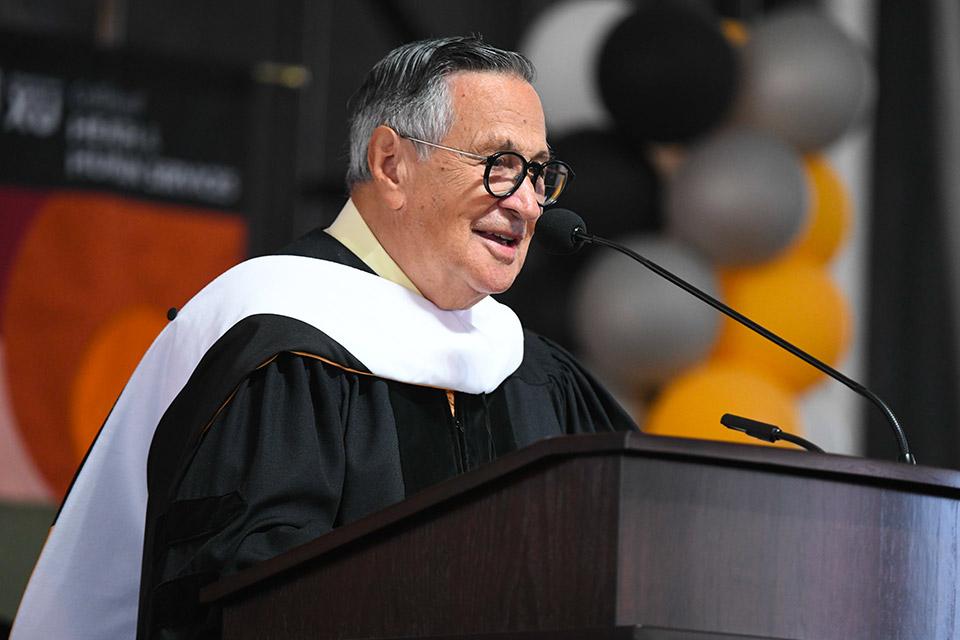 Jaime Jarrín, the legendary Spanish-language announcer for the Los Angeles Dodgers, was awarded an honorary doctorate during Commencement 2022 at Cal State LA.

Jarrín is the Hall of Fame broadcaster for the Dodgers on KTNQ 1020 AM radio and has been the Spanish-language voice for L.A.’s beloved team since 1959. Over his six-decade career, he has mentored generations of Latinos in media and advocated for Spanish-language broadcasters across Major League Baseball. The longest-tenured broadcaster in the MLB, Jarrín will retire following the 2022 season, marking the end of a storied career.

“The success that I have enjoyed through the last 64 years has been in part to never letting the fear of failure get in the way. Every failure—and there have been some along the way—has resulted in something learned,” Jarrín said to the Class of 2022. “Remember, life isn’t about waiting for the storm to pass, it is all about learning how to dance in the rain. Every day may not be good but find something good in every day.”

Cal State LA and the California State University Board of Trustees conferred an honorary Doctor of Humane Letters to Jarrín during the Commencement ceremony for the College of Arts and Letters on May 26, which took place during Cal State LA’s 75th anniversary. The College of Arts and Letters is one of Cal State LA’s academic colleges and awards degrees to students who go on to pursue careers in the arts and humanities.

“In recognition of his dedication to the Latinx community in Los Angeles and beyond, his engagement and service to the public good and his trailblazing career, the Board of Trustees of the California State University and the California State University, Los Angeles are proud to confer upon Jaime Jarrín the honorary degree of Doctor of Humane Letters,” said CSU Board of Trustees Chair Wenda Fong, moments before she and Cal State LA William A. Covino placed a doctoral hood on Jarrín.

In his inspiring remarks, which he delivered in English and Spanish, Jarrín reflected on his remarkable path to becoming a legendary broadcaster for the Dodgers. He came to the United States from Ecuador in 1955 at the age of 20, after attending Central University of Ecuador in Quito, where he studied engineering, philosophy, journalism and broadcasting.

He moved to Los Angeles to pursue a career in broadcasting and was hired as a reporter for the Spanish station KWKW. Knowing nothing about baseball, he spent a year attending games and learning about the sport before joining the station’s Dodger broadcast team in 1959. “I am truly an example of ‘sí, se puede,’” he said to the graduates.

Jarrín would recreate games in Spanish from sportscaster Vin Scully’s calls until the radio station sent him on the road with the team. He also acted as Dodger pitcher Fernando Valenzuela’s personal interpreter during press conferences and interviews in the early 1980s.

As a journalist, he covered historic moments in the history of the nation, including the funeral of President John F. Kennedy, the 1965 Watts rebellion, the 1970 National Chicano Moratorium, the 1984 Olympics, boxing matches and visits by Latin American leaders and Pope John Paul II to the United States. Jarrín became a trusted source of information and an important figure in the Latinx community in Southern California.

“I stand here before you as the longest tenured sports broadcaster in the MLB, calling Dodger baseball for 64 years,” Jarrín said. “This is my final year. The time has come to let others who have worked as hard as I have take a place in the sun.”

After his retirement, Jarrín said he plans to focus on helping his eldest son Jorge run the Jaime & Blanca Jarrín Foundation, established in memory of his wife of 65 years, Blanca, who died in 2019. The foundation is committed to serving and supporting charitable, educational and athletic programs in the Los Angeles region.

“Let me leave you with a wish, that your future goes the path of my signature homerun call: ¡La pelota se va, se va, se va, y despídala con un beso!” Jarrín said to cheers from the graduates and their friends and family gathered in Commencement Pavilion at Cal State LA. “The ball is going, going, going, and say goodbye to it with a kiss!” 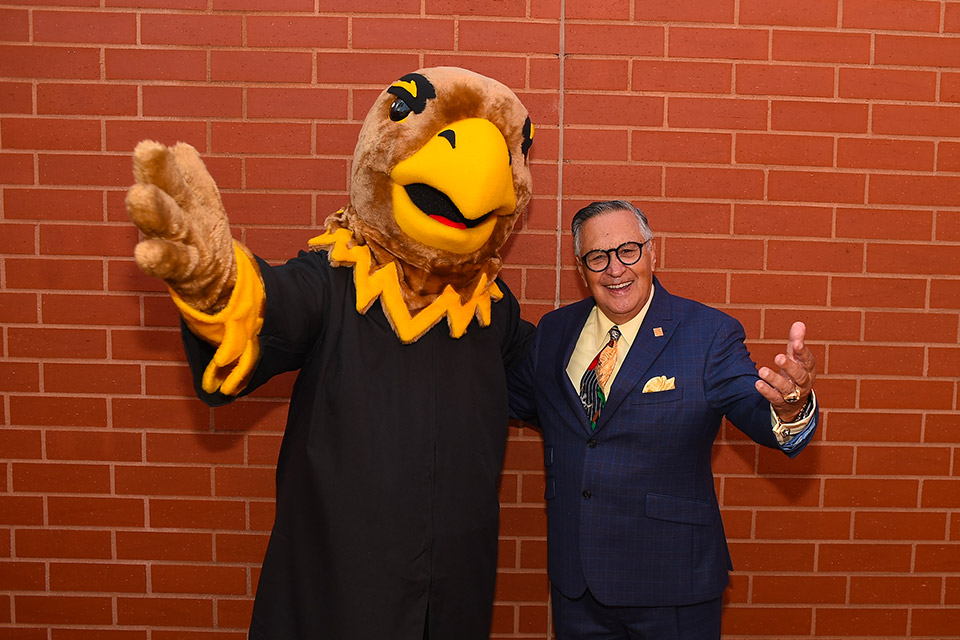 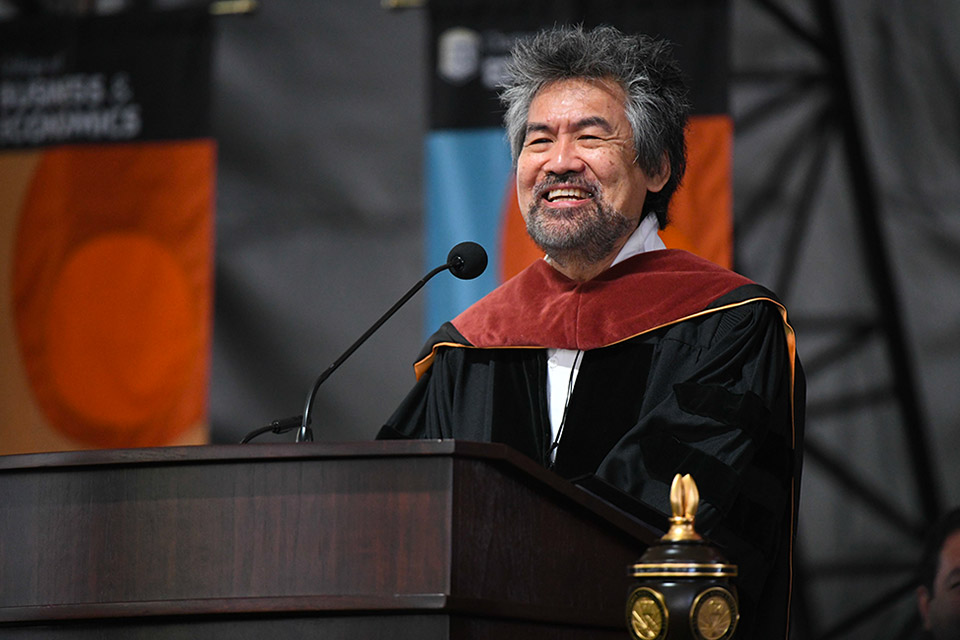 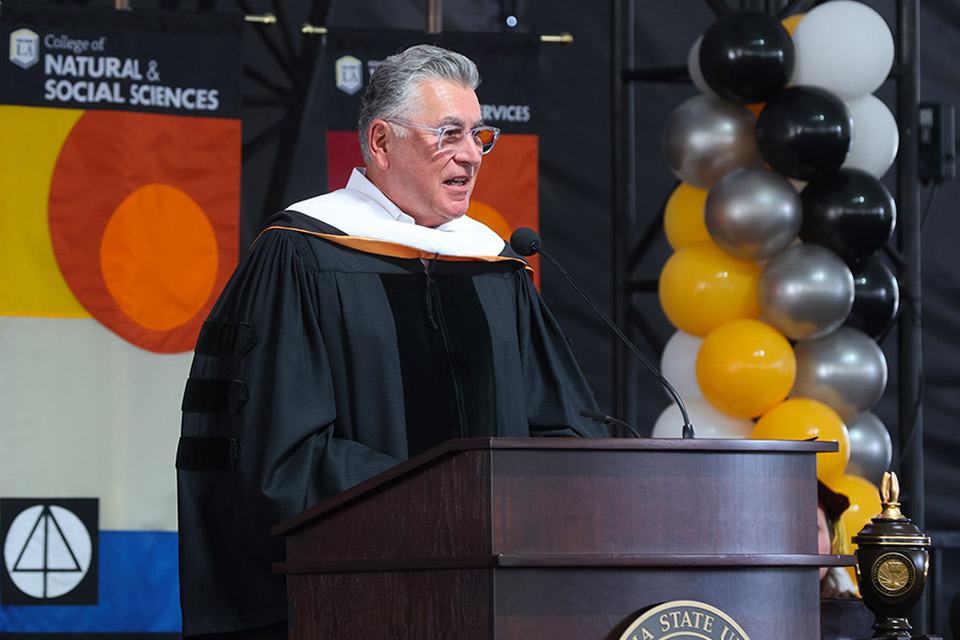 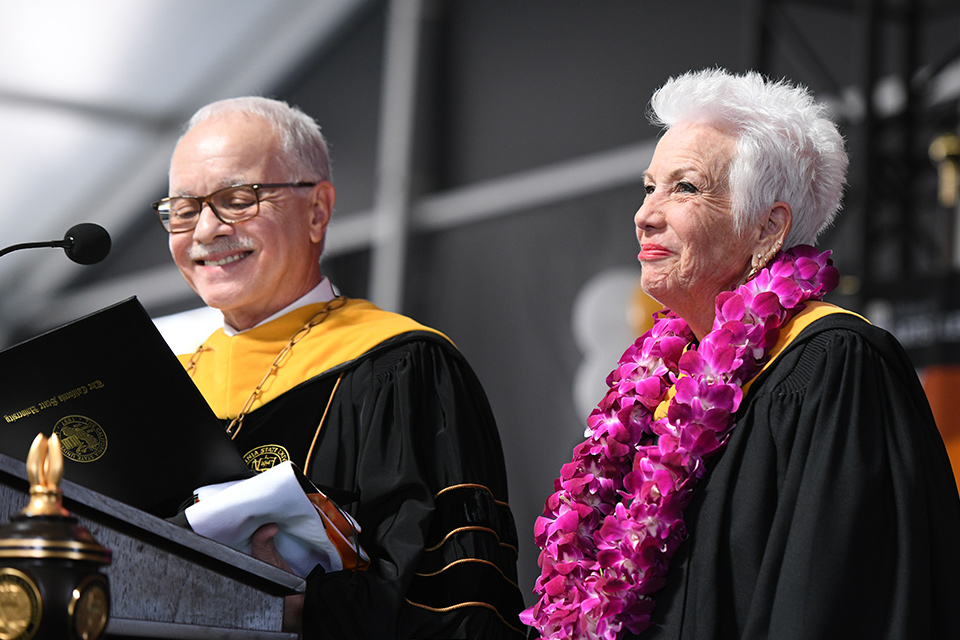 The late Sal Castro, a renowned teacher, education reformer and social justice activist, was awarded a posthumous honorary doctorate during Commencement 2022 at Cal State LA. During a four-decade career as a history teacher with the Los Angeles Unified School...