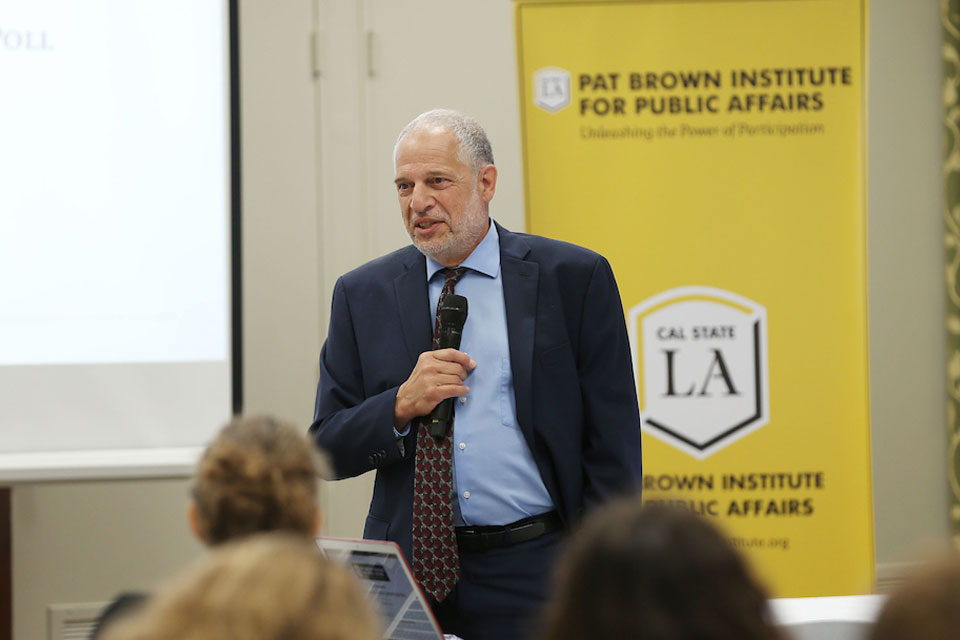 The survey paints a portrait of a complex, yet seldom polled community. The last survey of Jewish residents in Los Angeles was conducted more than two decades ago.

The poll shows that Jewish voters in Los Angeles County see rising anti-Semitism in the U.S. as a serious problem. They also actively take part in civic activities and political activism, including donating to charities, communicating with elected officials and talking with friends and family about politics, as well as signing letters or petitions about social or political issues. The findings also detail the community’s views on topics including Jewish identity, religious activities and support of Israel.

The findings were announced at a special event at the Wilshire Boulevard Temple in Koreatown on Oct. 3, less than two weeks before the next Democratic presidential primary debate on Oct. 15.

More than 1,800 registered Jewish voters in Los Angeles County were polled as part of the survey. Public opinion research firm EVITARUS conducted the poll from Aug. 7 to Sept. 19, with the survey completed before the current impeachment inquiry.

The poll reveals that a large majority of surveyed Jewish voters in Los Angeles County hold negative attitudes toward Trump, with 75% saying they disapprove of the president and 74% saying they would not vote to re-elect him in 2020.

Of the respondents, 75% said they believe rising anti-Semitism is a current serious problem. One survey respondent expressed deep concern over “alt-right hate groups and governments that are sprouting up around the world.” Another pointed to “anti-Israel rhetoric on the left melting together with anti-Jewish rhetoric on the right.”

“I think it’s a really striking result,” said Raphael J. Sonenshein, executive director for the Pat Brown Institute. “Regardless of ideology, regardless of party, the overwhelming share of L.A. County registered Jewish voters are very, very concerned about what they perceive as rising anti-Semitism. I don’t remember a time in the years since I have started studying this when I think the temperature on this concern was so high.

In the Democratic presidential race, 38% of those surveyed favored Warren, 15% backed Biden and 14% supported Sanders.

In the poll, 54% of respondents identified as Democrats, 30% as independent or third party voters, and 13% as Republicans.

Orthodox Jewish voters showed distinctive attitudes from the overall sample of voters, with 43% identifying as strong Republicans. They expressed high support of Trump and his re-election, with 70% approving of the president’s job performance.

“One of the rich values of this survey is that we have enough respondents to be able to segment the community in greater detail than has been done in the recent past,” said Shakari Byerly, partner and principal researcher for EVITARUS.

Nearly 3 in 5 Jewish voters surveyed said being Jewish is an important part of their life. More than two-thirds said remembering the Holocaust and working for justice and equality are essential aspects of their Jewish identity.

The findings show that 69% of Jewish voters surveyed are not currently a member of a synagogue or a temple.

Regarding attitudes toward Israel, 73% viewed the existence of Israel as a Jewish state as important.

Nearly 90% of polled Jewish voters view themselves as “generally pro-Israel,” while some express reservations about some or many policies of Israel’s government.

Overall, 93% of respondents completed the survey online and 7% by phone, with 3% reached by cellphones and 4% reached via a landline. The poll’s margin of error is ± 2.3% at the 95% confidence level.

“This groundbreaking polling project has generated valuable insights into the complex social and political dynamics of Los Angeles and will help bring further engagement and understanding of the communities we serve,” said Cal State LA Provost and Executive Vice President Jose A. Gomez, who also serves as chair of the PBI Board of Advisers.

Visit the PBI website for more information on the poll. 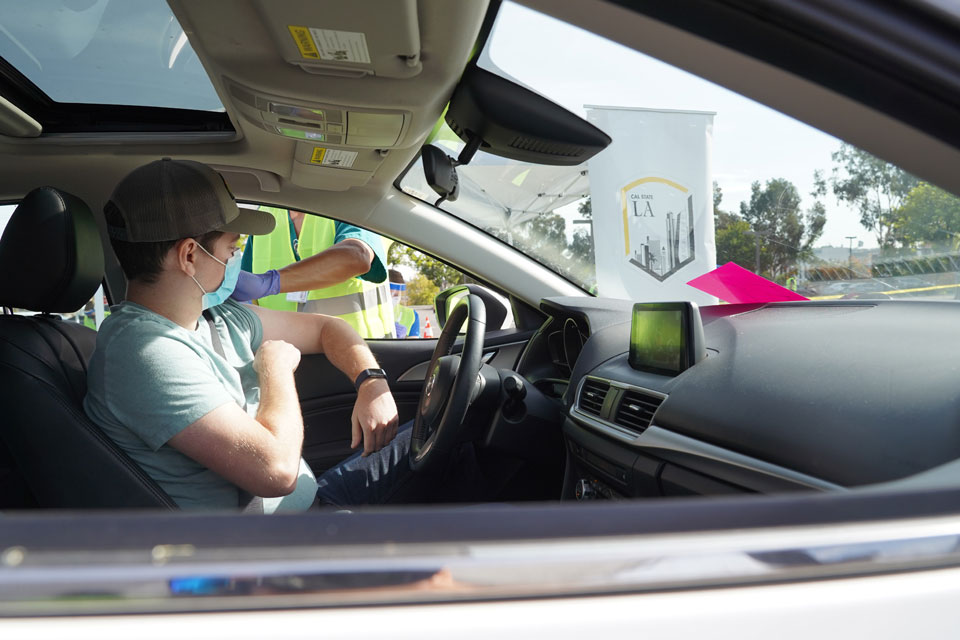