For Alumni and Friends

More than 5,300 Cal State LA students celebrated earning their degrees during Commencement 2022 on May 23-27. Graduating students had their names called out as they crossed the stage in front of their family and friends during the festivities, which took place during Cal State LA’s 75th anniversary. “We are so proud of the Class of 2022 and all they have accomplished,” Cal State LA President William A. Covino said. “Commencement reminds us of why we are here: to support our students as they achieve their dreams of earning a university degree.” Cal State LA and the CSU awarded honorary doctorates to Los Angeles Dodgers Spanish-language announcer Jaime Jarrín, preeminent playwright David Henry Hwang, and Cal State LA alumnus and health care leader Richard Cordova during Commencement. The University also awarded a posthumous honorary doctorate to renowned educator and social justice advocate Sal Castro.

Watch the video linked here and visit our Commencement photo galleries to experience highlights of the celebration, and read about some of the outstanding graduates in the Class of 2022 on our Student Success website.

Engagement, Service, and the Public Good

A new report explores Cal State LA’s top ranking in think tank Third Way’s Economic Mobility Index. The analysis ranked universities in the U.S. that provided the best return on investment for the highest number of students, putting Cal State LA at number one. The new ranking follows the University’s previous recognition as number one in the nation for upward mobility by the Equality of Opportunity Project, now known as Opportunity Insights. In the Third Way’s Economic Mobility Index, Cal State Dominguez Hills was ranked number two, and Cal State Bakersfield, Stanislaus, Fresno, and San Bernardino were also in the top 10. All of the top 10 schools were Hispanic-Serving Institutions. Read more about the Economic Mobility Index. 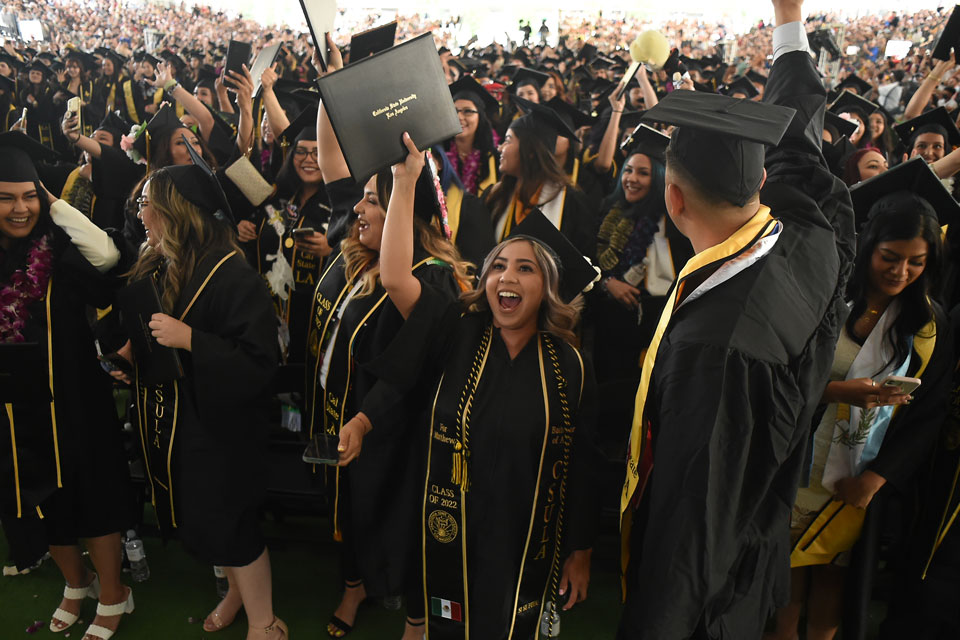 Cal State LA faculty member Jessica Morales-Chicas and two Cal State San Bernardino professors have received a grant to establish a program to help close equity gaps in degree completion across the California State University. The faculty team’s proposal was one of five across the CSU’s 23 campuses to receive a Creating Responsive, Equitable, Active Teaching and Engagement, or CREATE, Award. The CSU CREATE Awards support innovative faculty projects that increase the number of bachelor’s degrees awarded, while also reducing equity gaps, in support of the CSU’s Graduation Initiative 2025 goals. Read more about the CREATE Award. 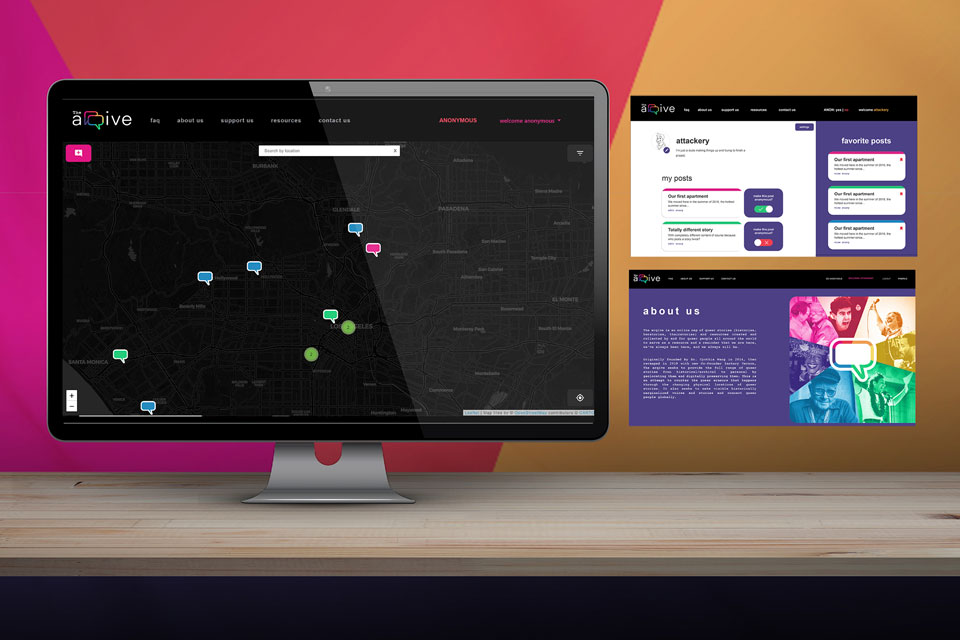 A team of Cal State LA faculty members has been awarded a $100,000 grant from the American Council of Learned Societies to support the continued development of an interdisciplinary LGBTQ digital storytelling map. The arqive is a free interactive, global online map of user-generated LGBTQ stories, history, current events and community resources. The goal of the project is to increase the visibility of LGBTQ stories and spaces and connect queer people globally to reduce social isolation. Read more about The arqive. 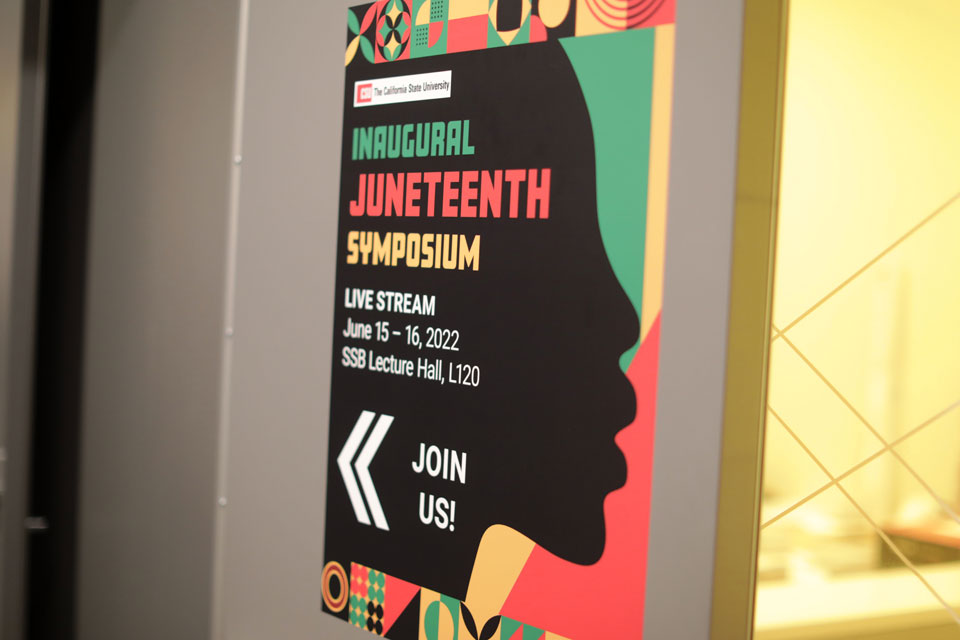 The California State University hosted the Inaugural CSU Juneteenth Symposium on June 15-16, which recognized Black history and achievement while promoting and sustaining the CSU’s anti-racism work. President William A. Covino joined a group of Cal State LA administrators, faculty, staff, and students for the live event at the Hyatt Regency LAX, and members of the Cal State LA community gathered to watch the livestream on campus. “The event activated discussions that will continue through the summer and into the fall. I look forward to hearing ideas and proposals and continuing to support the ongoing work that moves us forward,” Covino said in a message to the University community. “There is much to celebrate, and there is work to do. Juneteenth calls our attention to that work, and to the crucial importance of our continuing improvement of all of the elements that contribute to the deep sense of equity and inclusion that must define Cal State LA.”

Stephen Trzaskoma named dean of the College of Arts and Letters

Stephen Trzaskoma has been named dean of the College of Arts and Letters. Trzaskoma will join Cal State LA from the University of New Hampshire, where he currently serves as the director for the Center for the Humanities and is a professor and former chair of the Department of Classics, Humanities and Italian Studies, where he teaches ancient Greek literature, culture, and language. Throughout his career, Trzaskoma has focused on making his discipline and higher education in the arts and humanities more accessible and inclusive, particularly for members of historically marginalized communities. He received the University of New Hampshire Outstanding Associate Professor Award in 2010 and the University Excellence in Teaching Award in 2003. Trzaskoma will start as dean on August 1. 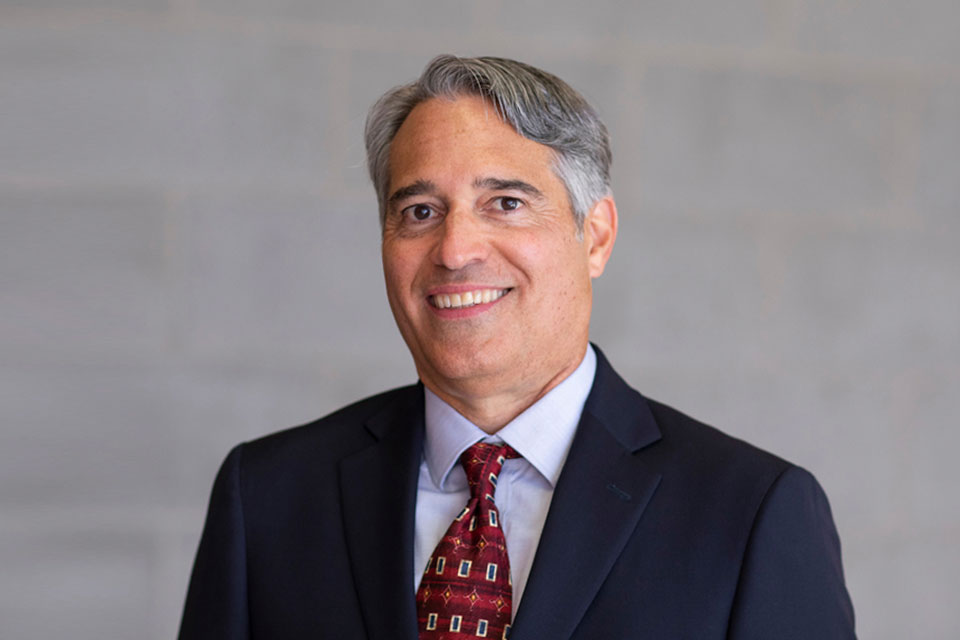 René Vellanoweth has been named dean of the College of Natural and Social Sciences. A Cal State LA alumnus, Vellanoweth currently serves as the interim dean for the college and professor of archaeology in the Department of Anthropology at Cal State LA, which has been his home department since 2008. Before joining the faculty at Cal State LA, he taught at Cal Poly Humboldt, previously Humboldt State, for seven years. Throughout his career, Vellanoweth has been active in faculty governance, serving 12 years as department chair, two terms on the Academic Senate, and on various college and University committees. He will start as dean on July 1.

Cal State LA student journalists from the University Times, UT Community News, and Golden Eagle TV received awards from the Los Angeles Press Club at the 64th SoCal Journalism Awards on June 25. The awards recognize excellence in journalism in Southern California among professional and student media. Jorge Garcia and Kilmer Salinas won first place in the “Best TV Reporting – Podcast or Stream” category for student media for their Golden Eagle TV segment, “Eastsiders get help from YMCA during the pandemic.” The judges remarked that the piece provided “great coverage on both the effects of the pandemic on Boyle Heights residents and the services being provided to them, including a diverse range of voices from residents and volunteers that shed light on various aspects of the situation.” Xennia Hamilton won second place in the “Best Feature Writing, Off-Campus Issues” category for the UT Community News story “South LA explosion, months later,” Stephanie Presz won second place in the “Best Personality Profile, Off-Campus Personalities” category for the UT Community News story “Accident that almost ended his life gave him a new one,” and University Times staffers Tahiti Salinas, Rosio Flores, Mia Alva, Joshua Letona, and Ethan Axtell received third place in the “Best College News Website” category.

Cal State LA was recognized as a 2021 Top 20 Education Partner by the Society for Human Resources Management. The honor recognizes educational institutions who achieve superior enrollment in their programs for HR professionals. Cal State LA was the only CSU that received the honor, which was announced during the SHRM Education Partner Conference in May. SHRM is a leading human resources professional association. The SHRM Professional Training Program, offered through Cal State LA Downtown in the College of Professional and Global Education, prepares individuals for both the SHRM-CP and SHRM-SCP exams. Earning these credentials allows individuals to become recognized experts and leaders in the HR field by delivering a high level of knowledge and skills with distinct benefits for their organizations. The program is also for those individuals who need recertification credits and those who want to improve their HR skills and continue their professional development without certification. Find more information about the SHRM Professional Training Program. 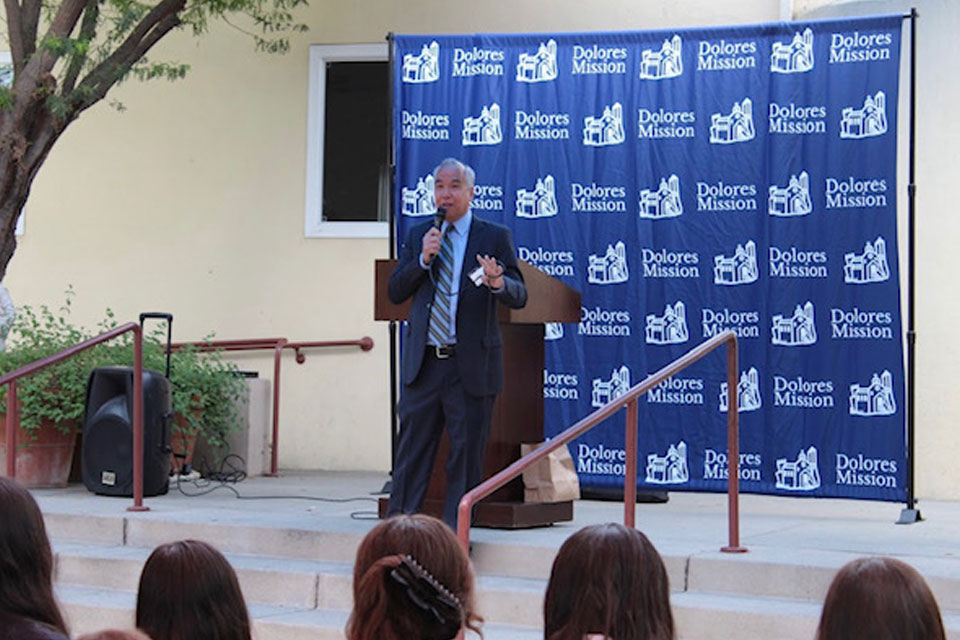 Cal State LA has been awarded a $20,000 grant from the Bank of America Charitable Foundation to support a new career preparation program in the College of Business and Economics. “Removing Barriers to Employment for First Generation Graduates” will offer a series of workshops led by faculty, alumni, and industry professionals for students at Cal State LA and East Los Angeles College. The program will cover topics including career goal planning, résumé building, networking, effective communication, and professional development. 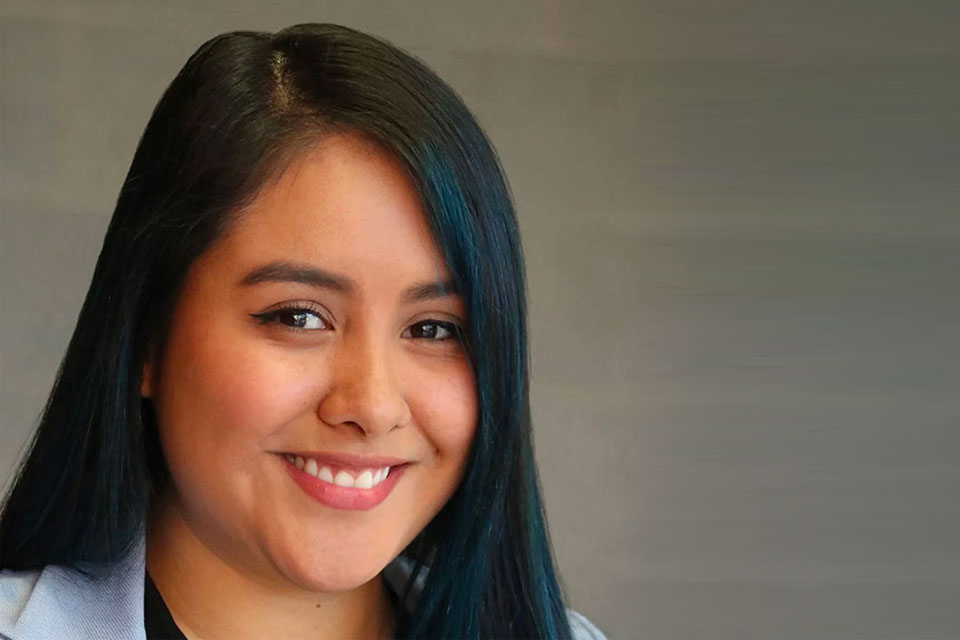 Join the Cal State LA Alumni Association’s Business Alumni Network for a free professional development webinar on July 27 at 5:30 p.m. “Brand Building: Creating Your Personal Brand” will feature a presentation by Cal State LA alumna Leily Sanchez, a senior research analyst at FleishmanHillard True Global Intelligence, who will offer practical tips for how to build a personal brand. Register for the webinar online. 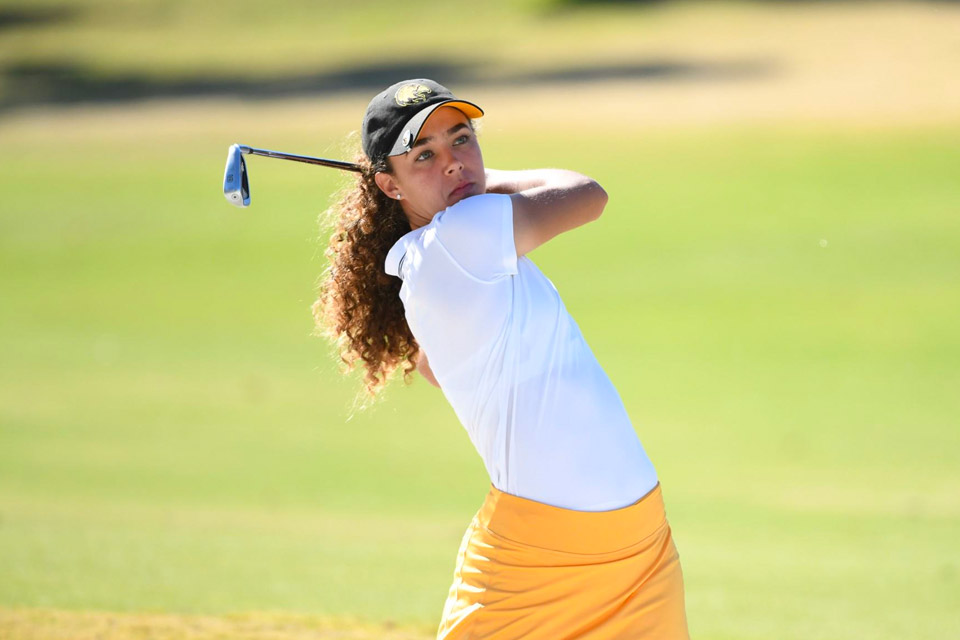 Cal State LA golfer Morgan Sjoerdsma was named an Academic All-American by the College Sports Information Directors of America, marking the first time in program history a Golden Eagle has won the award. The CoSIDA Academic All-America award has only been won by 15 other Cal State LA student-athletes in the University’s history. The honor caps off a phenomenal season by Sjoerdsma, in which the junior golfer won the CCAA Individual Championship, became the program’s first golfer to participate in the NCAA postseason, earned All-America accolades for her athletic performance, and received a Cal State LA Billie Jean King Award as Cal State LA’s Female Athlete of the Year. 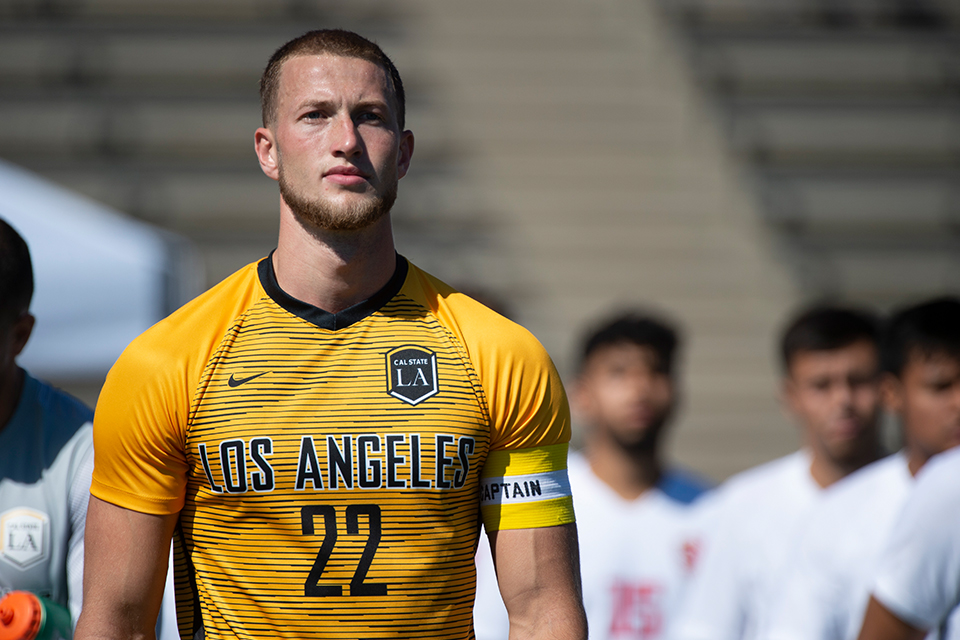 Learn more about the exhibition.

Register for the webinar.